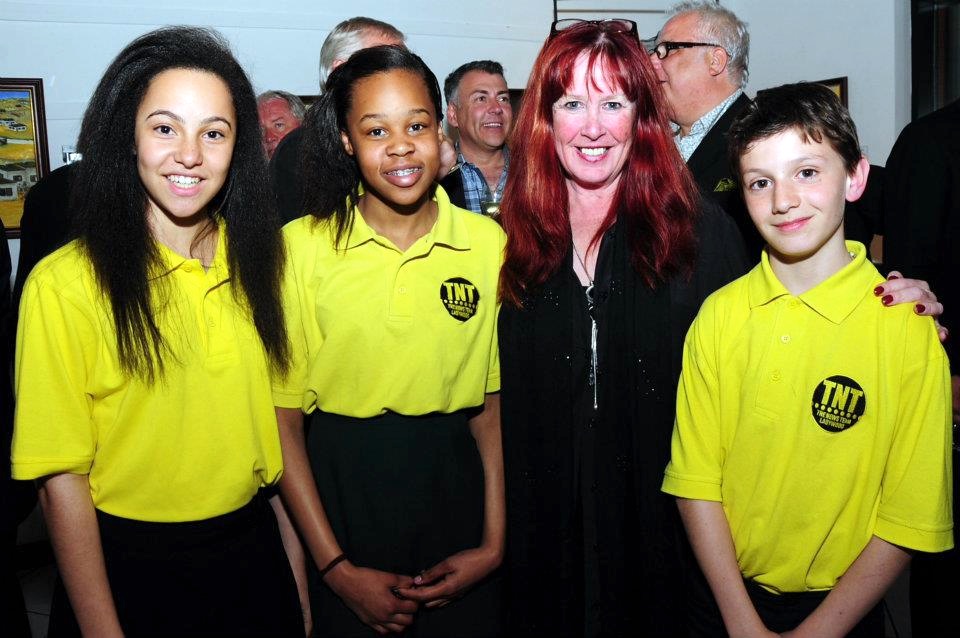 Later this year a brand new TV station takes to the air. City TV will be broadcasting to a local audience on Freeview and TNT is proud to be part of the team that is working to bring this new station to you. Over the coming weeks we will be letting you know what TNT is up to and how we are preparing as we countdown to City TV.

To start the year off we have been preparing some new video style presenter profiles and Lee Martin of Steamroom Media who has been producing the TNT News website for the past 6 years is giving the site a  revamp.

Already this year we have been working on stories about the West Midlands in World War I and plans for Birmingham people to be given wheelie bins to replace the hated black bags. There is no rubbish on TNT!

Anything TNT can do …. the BBC can too… BBC TV’s Great Railway Journey’s programme visited the Pen Museum last Autumn to film a piece about Joseph Gillott the well known pen maker. TNT did a story about him just before the BBC arrived and our story was our website before Christmas. If you missed it you CAN view it by clicking here
At the time of the BBC filming we interviewed the programmes presenter Michael Portillo. See what he had to say click here
The BBC Great Railway Journey’s programme featuring Gillott will be shown on Tuesday 8 January at 6.30pm BBC2. Maybe you could compare the BBC story with the TNT feature. Let us know which version you like best!
MEDIA NEWS MAKES THE NEWS ….
A reminder, if it were needed, to keep high standards. The BBC was widely criticised for ‘dumbing down’ its coverage of the Jubilee Thames Flotilla coverage last summer. The flames have been reignited by an outburst from veteran presenter Michael Buerk who was widely quoted on New Year’s Eve as saying: ‘A succession of daytime airheads preened themselves or gossiped with even more vacuous D list celebrities.
With barely an exception, they were cringingly inept’. He added: ‘The worst thing was that it was deliberate- planned that way to be ‘light’ and ‘inclusive’.’

A reminder for us all to keep standards up and do research to know what you are talking about? How do you do ‘light’ and ‘inclusive’? Clearly the BBC didn’t get it right!

Meanwhile in the Express & Star columnist Peter Rhodes wrote on 28 December: ‘The gradual demise of regional broadcasting, both radio and television, is pitiful to behold. Ever-expanding regions have created a style of journalism, which, in order to hold the viewer’s attention, deliberately conceals the location of the story until the last possible moment. The opening sentence refers to ‘a city’ but it is not until the end of the report that viewers in Telford, Hereford or Birmingham discover that the city in question is Lincoln or Peterborough or some other far-way place of which they know little, and care less’.

Perhaps a truly local station with coverage of one major area, say Birmingham, could be just what he wants. I wonder what that station could be called?

With the arrival of City TV later this year and with TNT planning a Saturday morning programme it was interesting to watch the ITV2 programme celebrating 30 years of CITV. Presenters Ant & Dec began on BBC’s Byker Grove but soon moved to Saturday morning TV and they recalled: ‘Saturday mornings were our training ground where we learnt our craft. Without it we wouldn’t be where we are today’.

Maybe a TNT presenter could be saying the same thing in 30 years time… minus the snakes and jungle challenges!

TNT’s Saturday morning programme on City TV will probably be called In Our House. We made a short film, called a pilot, to show City TV executives what we think the programme could look like. Have a look at it at: click here

Let us know what you think of it and send us your ideas for our programme.

It’s coming soon to a TV near you!

Share
We use cookies to ensure that we give you the best experience on our website. If you continue to use this site we will assume that you are happy with it.OkNo
Revoke Cookies