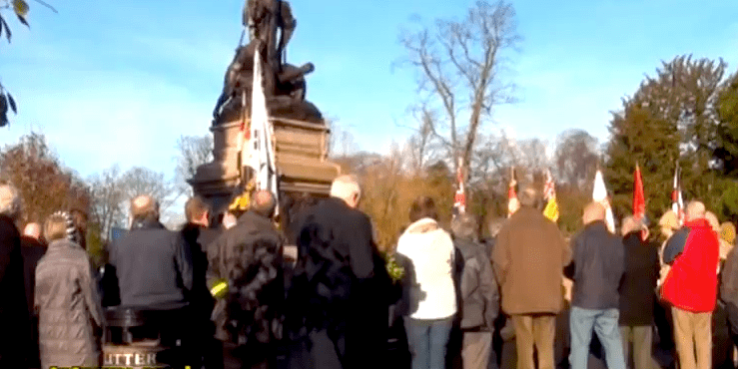 Birmingham’s Boer War memorial was rededicated in December 2012 in a ceremony held in Cannon Hill Park. The memorial lists the names of over 500 Brummies who were killed in battles in Africa against Boer settlers, which ended in 1902. Joseph Chamberlain MP, the Colonial Secretary, signed the Peace Treaty to end the war.
The Chamberlain Clock in the Jewellery Quarter commemorates his achievement, a plaque on it states he arrived at Durban on Boxing Day 1902. It was 110 years ago but the clock still stands as a reminder of the time we went to war.