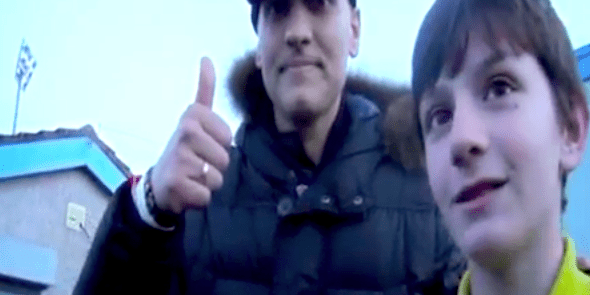 Former Ladywood School pupil Dean Dodd, who was on the first TNT video, then Ladywood School News, in 1986, won a charity auction to play a match against a Villa Lions & Legends XI raising money for Leukaemia research.
Aston Villa captain Stilyan ‘Stan’ Petrov was diagnosed with Leukaemia earlier this year and he attended the game and gave a thumbs up to TNT viewers at the end of the match.
The game at Halesowen Town FC was also supported by Gareth Barry of Manchester City and England.
It is expected that the game will raise around £10,000. Well done to everyone who was involved.