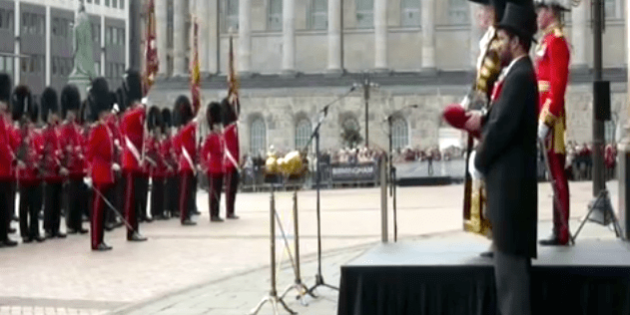 230 soldiers representing five Regiments of the army were in Victoria Square to receive the Freedom of the City. It was Birmingham’s way of saying thank you to them for the work they do in this country and overseas.
We interviewed the Lord Mayor of Birmingham, Councillor Anita Ward, and her son Lance Sergeant Vince Hockley. He was badly wounded in Afghanistan, and after treatment is preparing to go back again! Major General George Norton, who is in charge of the soldiers, spoke exclusively to TNT News.

We filmed the troops as they proudly marched through the City Centre with ‘drums beating, bayonets fixed and Colours flying’. It was a memorable occasion and hundreds of people applauded them.