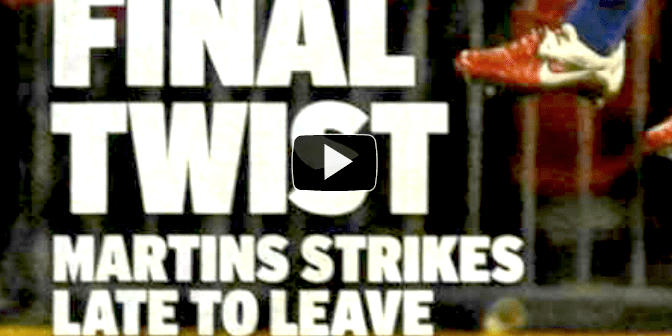 Fans of Birmingham City usually only visit Wembley as tourists, but in February 2011 history was made when Blues played in their first major final for 48 years… and they beat the favourites Arsenal to lift the Carling Cup.
In this special programme watch the goals from Birmingham City’s 2-1 win, with the goals interpreted by pupils from Ladywood based Oratory Primary School.

See also footage and photographs submitted by TNT viewers who were at Wembley for the historic occasion and watch highlights of the Civic Reception that was held at St Andrew’s on 6 March 2011.

The day before the reception Birmingham were thrashed by local rivals West Bromwich Albion, so a real relegation fight is now on. Let’s hope both Blues and West Brom will still be in the top division next season, but for now enjoy reliving ‘The Day Blues Won the Cup’.