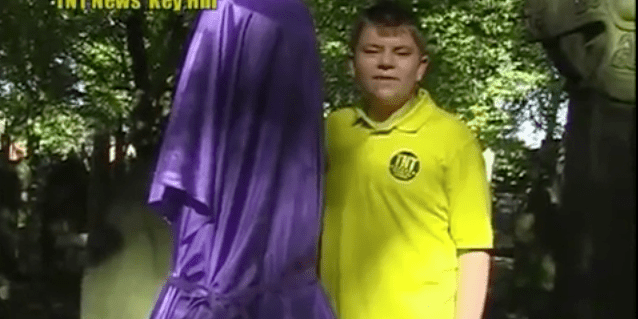 This was held on the weekend of 12-13 September 2009. The Lord Mayor, Cllr Wilkes unveiled a restored memorial to the Tangye family. The Tangyes were manufacturers in Birmingham and they made a name for themselves all over the world.
The steamship Great Eastern was launched with the help of hydraulic jacks made by the Tangyes and this made them famous. Dick Empson who is chairman of the Friends of Key Hill Cemetery says: ‘The Tangyes launched the Great Eastern and you could say that the Great Eastern launched Tangyes because it made them popular’.

When we were at Hill 62 in Ypres on the World War I battlefields we saw some of Tangyes lifting gear that had been dug up from a field. It is on our Hill 62 report.