70 years ago this month thousands of troops stormed the beaches of northern France to begin the invasion which eventually led to the end of World War II.

TNT visited one of the historic beaches, known as Gold Beach, at Arromanches, and discovered the remains of a temporary harbour can still be seen today. 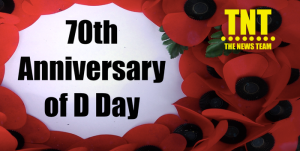