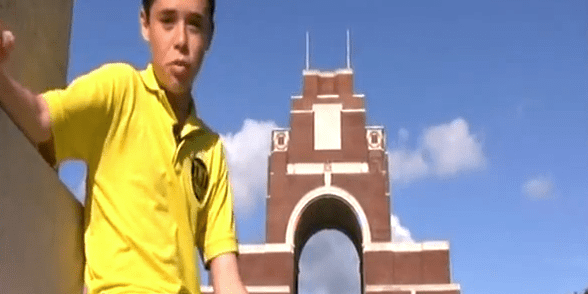 The huge 140 feet high First World War memorial at Thiepval, France was opened eighty years ago. This report notes some of the names of Birmingham people who are listed on it.
They are just a few of the 72,000 people who were killed in the area that have no known grave. Most were killed in the 1916 Somme offensive, others in battles which followed. We should remember them all.
Reporters Alex Pawlowski in France, 2009, and Roberto Acland at Warstone Lane Cemetery, Birmingham, 2012.