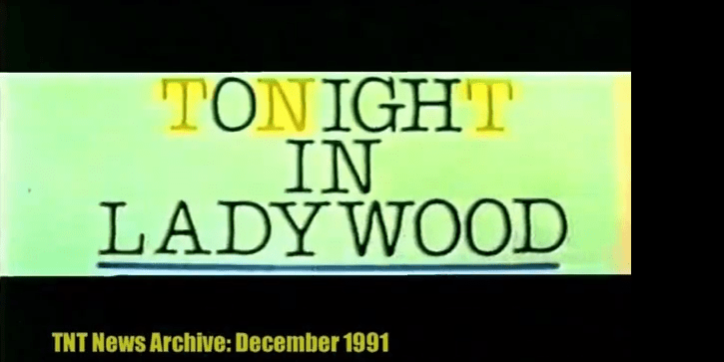 Christmas highlights from December 1991 featuring TNT’s coverage of the switching on of the Christmas tree lights at the International Convention Santa, er, Centre, with pupils from George Dixon Junior School and the Lord Mayor, Councillor Bill Turner.

Also pupils from Nelson School were joined by councillors Pat Sever and Bryan Bird to celebrate the start of work on a new park .This park became known as Cambridge Street Park and it is behind the Repertory Theatre off Cambridge Street.
The hoardings around the site were featured on the TV programme Challenge Anneka.