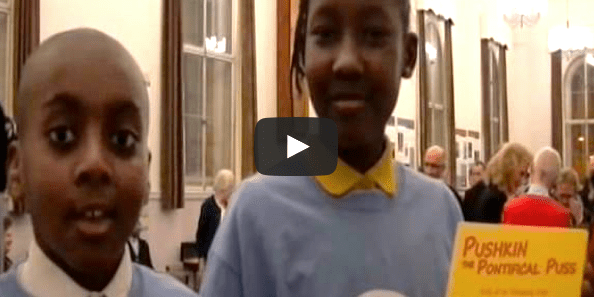 Extracts from films made in 1959 and 1965 about redevelopment in Ladywood.
They are from the MACE archive.
TNT reporters, Kane and Nikiesha, recently appeared on BBC Radio WM with Carl Chinn, find out what they said! Pushkin, a cat at the Oratory has written a book and Princess Michael of Kent joined TNT at the launch of the book.
Michael looks at film from 1974 about the Waterworks Tower which faced demolition, but still exists today.
Don’t forget Christmas: there is film of the Brindleyplace Santa Fun Run, Birmingham’s Christmas Parade and Carols from Tesco at Five Ways, where pupils raised £111 in 45 minutes.
Finally there are some out-takes that we hope you will enjoy as much as we did!